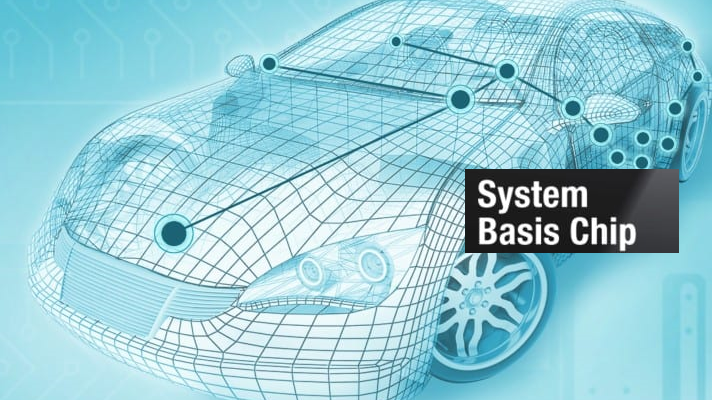 The SBC is an integrated circuit that includes several independent functional blocks, in a single way, with the main purpose of saving space.

The functional blocks contained meet specific needs for automotive industry, which is why they are used on most electronic control units in the field (ECU).

Functional blocks of an SBC

The structure of the functional blocks contained may differ from one product to another, depending on its requirements. Next, we will take as an example the IC manufactured by STMicroelectronics - L99PM62GXP. Thus, an SBC can perform the following functions:

Block diagram of the SBC L99PM62GXP

Watchdog is a function that has the role of making sure that the CPU works accordingly. Otherwise, the SBC's watchdog function will reset the CPU.

In other words, a watchdog timer is a electronic timer or software which is used to detect and recover circuit faults.

The SBC may contain controllers and transceivers for serial communications with other ECUs.

CAN Master (English Controller Area Network) is a serial bus used in the automotive industry, in order to ensure communication between several microcontrollers without the use of a host computer. Originally developed by Bosch in 1983, the specification was officially launched in 1986 (CAN 1.2) and standardized under the name ISO 11898. Subsequently, several semiconductor manufacturers (Intel, Philips, Infineon, Texas Instruments, Motorola) have implemented CAN-based peripherals. In September 1991, Bosch released the 2nd version of the specification (CAN 2.0).

The voltage stabilizer (s) of an SBC

This function allows the SBC to wake the uC from sleep mode if there are active inputs.

An SBC can contain multiple outputs, both HS (High Side) and LS (Low Side). The outputs of the SBC circuit are relatively small current outputs (maximum 400mA).

SBC operational amplifiers are specially designed for linear amplification of an input between 0V and 3V, thus being ideal for voltage amplification on a shunt connected to GND.

The advantages of an SBC