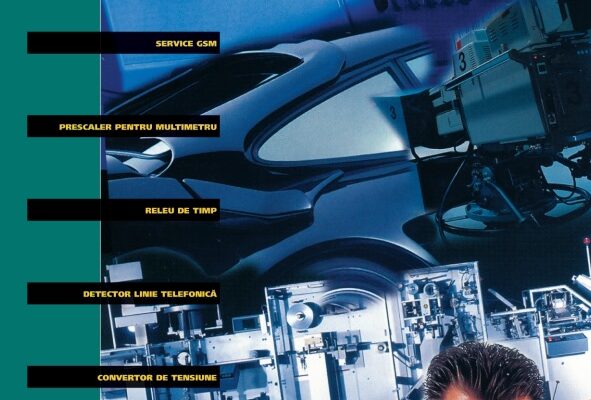 The assembly in the kit, made by Velleman, allows remote control of electronic devices in the house, via a DTMF tone telephone.

It can be operated by a simple phone call and after entering a user password, room light, alarm system or central heating.

The assembly offers new and interesting remote control possibilities with the possibility to order (in ON / OFF mode) three electronic devices via output relays.

How does the assembly work?

The outputs are ordered via the telephone line, from a distance, from any digital tone phone (DTMF) that acts as a transmitter. The role of the receiver is the interface, which connects directly to the telephone line socket.

Among other facilities, the installation allows checking, also remotely, through the telephone line, the status of the relays (open or closed).

For example, the wherever a person is on the globe, he can check and switch the status (ON or OFF) of the lighting equipment, the alarm system or the central heating equipment in his building.

The verification is done by forming a key combination from the transmitting telephone and waiting for the audible message in its receiver.

The actual control of the outputs is similar. A major advantage is that the interface signals which of its outputs are closed or opened by distinct beeps..

The operation of checking and activating the outputs is passworded with a user code consisting of two digits (from 00 to 99).

If you do not have a DTMF tone telephone, you can order it via a separate DTMF tone generator.

TDR / DTT measurements represents a high-performance and fast way of evaluating the interconnection routes in the electronic equipment.

A typical waveform for the TDR measurement technique in case of a discontinuity is given in figure 6 (from the article).

This can be validated by simulating the circuit model using simulators, in the time domain (e.g. PSpice A / D, "Transient Analysis" configuration).

However, the following statement must be made: the realization and measurement of experimental models are not as easy as it would seem at first sight because the non-idealities of the physical measurement system (such as the finite band of the signal source, the zero increase / decrease times of the emitted pulses, the deviation of the the nominal value, the inevitable presence of the wiring that connects SAST (the structure under test and the devices that perform sampling and TDR) deals with the description of active and passive networks by creating models with concentrated constants that are in the form of complex variables with amplitude and phase .

Conex Electronic company has continuously offered new pleasant surprises for electronics enthusiasts, making in its own laboratories a series of interesting and useful kits.

The mentioned measuring devices display only four digits. Using only the instrument, frequencies up to 1999x Hz.

The scale of the instrument will display the size 19.99kHz, the last digit (marked with "x") will be implied. So the measurement accuracy is from the exact four digits, namely, the first four digits.

If the measured frequency exceeds the value of 20kHz, the instrument will display only the digit 1, ie the first digit on the left. This is the sign that indicates the maximum value allowed by the instrument.

Prescale shown in figure 2 (from the article) extends the frequency measurement range up to 20MHz, in three sub-ranges: 0-200kHz, 0-2MHz and 0-20MHz.

In the previous issue of Conex Club magazine, in the article "Software Timings" a method for performing timers by program for C51 series microcontrollers was presented, the method by which timing errors are reduced to the time base error used (0.01% for quartz crystals or 1% for ceramic resonators).

As a continuation of the previous article, a direct application is presented, a frequency generating time relay (stable, repeat cycle, etc.), with external control. The time diagram associated with such a relay is presented in figure 1 (from the article).

5. Correct steps to a good solder

One of the fundamental knowledge needed when assembling an electronic project is soldering operation.

It takes a lot of practice to make a "perfect glue" but, like riding a bike, once learned, it is never forgotten.

The operation consists of joining (gluing) the pins of the electronic components together or on the printed wiring, to make an electrical connection, using a connecting material (approximately 40% lead alloy and 60% tin) in a molten state. Melting of the alloy, known as a "fludor" is done with a soldering iron.

The first step to be done is to choose the soldering iron (solder iron, in English), depending on some of its electrical parameters and / or the type of soldering operation.

Most soldering irons are designed to be powered by the 220Vac network, but there are also variants powered by 12 or 24V (generally those used at soldering stations).

Typically, the power currently used today is 15… 25W. The power of the electric hammer must be correlated with that of the tip used. If a lower power peak is used on a higher power hammer, the peak degrades faster over time.

The fludder melts at a temperature of 183C, and the soldering hammers without temperature control offer at the top about 400 ° C.

The best way, from this point of view, is to use either a hammer with temperature control or a soldering station to ensure an optimal soldering temperature. (230… 380C) of the tip.

Using a soldering iron with temperature control (TCS) has advantages, such as:

When in a house or office we have several telephone sets on a single telephone line (and a telephone exchange for sharing is not installed) there is a need for a warning element to be warned if the line is busy or not.

There are embarrassing situations when someone may inadvertently interfere in a discussion from another device. The assembly also acts as a detector - it will be known when someone picks up the receiver of another telephone mounted on the line, if we are in a telephone conversation.

It can be detected in this way, if we are listened to on the line from elsewhere.

The assembly shown detects self-powered telephones on the telephone line on which it is mounted.

It is mounted in parallel to the telephone socket but nothing prevents one from being mounted next to each telephone in the house. It detects very well the devices that are fed in series on the telephone line (those that consume a lot).

The article presents an application that uses the alphanumeric display based on the HD44780 controller connected to a personal computer.

The computer, through a WinAmp plug-in, displays on the alphanumeric display various information regarding the current song.

Figure 1 (in the article) shows the wiring diagram for connecting the LCD display to the computer's printer port (LPT).

Pins 15 and 16 are used to power the backlight of the display. For displays that do not have this backlight source, there are no pins or they are not connected.

To connect these displays it is necessary that the power pins are properly powered, according to the diagram presented in the previous article!

The programmable time machine described below, can control up to 8 electromagnetic relays using a personal computer (PC) via the parallel port (printer), using a graphical interface dedicated to this purpose.

This issue of the magazine presents the graphical interface and how to use it. The electrical diagram of the circuit with the electromagnetic relays, the drawings of the printed wiring and the location of the components as well as the software specifications for the realization of this device will be presented in the future issue of the magazine.

The electrical diagram presented is an idea of ​​achieving a fast, resettable electronic fuse.

The peculiarity consists in the fact that it does not have a resistor - they are - of power from which the reference voltage is taken. The role of sound is provided by an active element, the transistor MOS type IRF640 of the International Rectifier. The drain-source circuit plays the actual role of electrical safety.

When a high current crosses the drain-source region, the voltage on it increases, which involves switching the inverter. U1A (CD4069).

In a very short time, the output of the inverter causes the grid potential to fall to the "low" state so that no more electric current flows through the load.

The rate at which the fuse acts is a function of the value of C1, which is a low pass filter for drain potential. The fuse breaking current can be set by inserting a resistive voltage divider between the inverter output and the gate of the MOS transistor.

The working speed of the electronic fuse also depends on the equivalent capacity in the mathematical model of the transistor gate. The speed can be compensated with a capacitor in parallel. With the values ​​in the diagram, a response of 1ms was obtained for a task between 1 and 10 Ohm.

After the reset, the current returns to the normal value in about 25ms, and if the overload is still present for more than 25ms, the current is interrupted by the load.

Everything is repeated periodically. This mode of operation is provided by the oscillator made with the other inverters and the related components.

The presented assembly offers the possibility to program the memories from the series I2C, SPI and Microwire, respectively memories of type 24Cxx, 25Cxxx and 93Cxx. It is based on the wiring diagram shown in Figure 1 (from the article), probably known to many readers in its variants circulating on the Internet.

However, on the Net it is very difficult to find drawings of the printed wiring and the location of the components, we consider it useful to present this application. 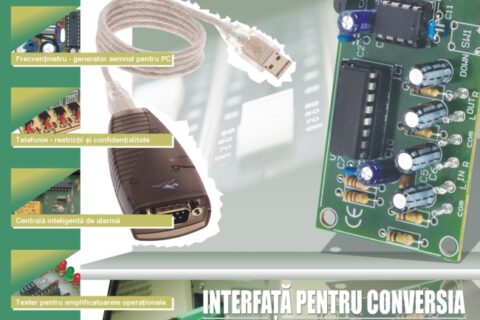 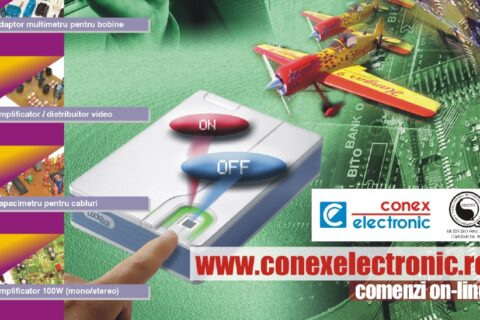 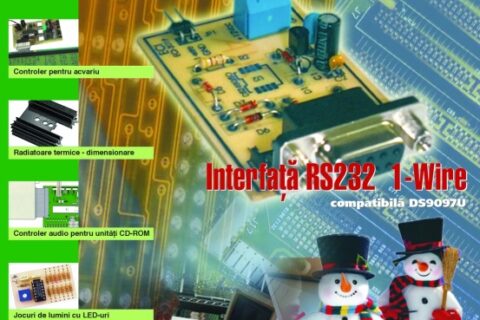