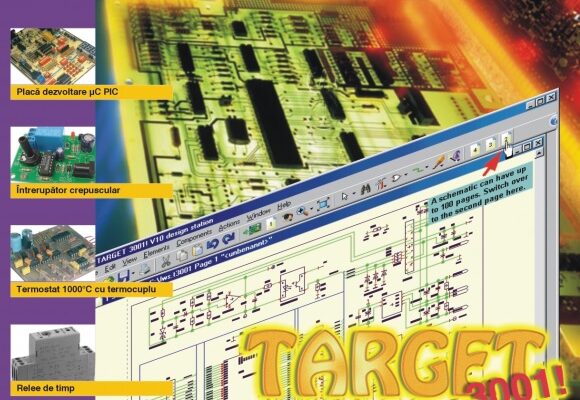 This device switches a power relay when the ambient light of the day (from a building, hallway, room, etc.) falls below a predetermined intensity.

East designed to control the opening of electric lighting bulbs (indoor or outdoor) at insertion, respectively closing the lighting at the beginning of the day, in the morning.

The electronic assembly presented is part of the category of (mini) unassembled electronic kits, made by Velleman, intended for beginners, respectively with a low degree of difficulty in realization.

It is understood that Conex Club recommends it to beginners in practical electronics or school laboratories, for the study of electronic switches with operational amplifiers (comparators) and resistors with value dependent on other physical quantities (light intensity, respectively) - called photoresistors.

A method for fast verification of MOSFET transistors is presented. Because the voltages used in the diagram (figure 1 in the article) are low, the method does not allow a characterization of high voltage transistors (in the case of switching power supplies or deflection stages in TV receivers), but detects "safe defects" transistors, removing doubts about them.

The presented assembly is intended for industrial applications, of medium, medium precision, but on a wide temperature range: 0… 1000C. As a temperature transducer, a thermocouple is used, which requires, in fact, the accuracy of temperature reading.

Optional, the temperature display can be done on a digital voltmeter made with ICL7107.

The thermocouple generates a voltage of approx 50uV / degree, with more pronounced nonlinearities at the ends of the measuring range (see the articles dedicated to temperature transducers and thermal management of electronic products in previous issues), respectively 0 and 1000C, but with an acceptable linearity within the range.

Instead, thermocouple is a cheap transducer compared to thermoresistance. Some types of thermocouples are summarized in table 1 of the article.

The functions of the thermostat proposed as an application are to maintain the temperature between two preset limits, respectively Tmin and Tmax and coupling a cooling device (eg fan) to exceed a critical threshold, named in the application T-ALERT.

Dynamic lights represent the switching on and off of light sources, arranged in a determined geometric shape, according to a sequence of specified phases.

The application is a unique variant that can be made with analog circuits (analog comparators) completely eliminating the digital ones.

The idea of ​​making this prototype assembly "comes" from the series presented in the magazine "PIC Microcontrollers - Presentation and programming" which presents the structure of uC PIC and their programming mode for various applications.

On the board can be found components such as: bar graph with LEDs, LED display with 4 push-buttons, serial interface, buzzer, connector for LCD display. etc .. in general almost everything that is necessary for some applications, plus, on the board there is also the programmer, the transition from the programming state to the application state being made by pressing a single button.

The assembly includes on a single printed circuit board all the components necessary for programming and testing various own applications, developed with (written for) 18-pin PIC microcontrollers (PIC16F84, PIC16F628, etc.).

Time relays are electronic assemblies that serve to perform generally electrical actions after a predetermined time.

Examples of use are turning on or off a light in the process of photographic development, but also other activities even in a kitchen.

A toaster or heater can be ordered to be in action as long as it requires toasting the bread or preparing a meal. The time relay assembly shown can control the operation of a relay in the interval 5… 30 minutes at 5 minute intervals.

Analyzing the electrical diagram, it is observed that it is quite simple, it contains few components, it is obviously cheap and easy to make. A specialized circuit from the family is used 555 or a 7555 which is the CMOS variant so it works consuming a little electricity.

It presents a remote control variant of static relays (triacs or power thyristors) on two wires, each.

The order is made in isolation, respecting the required theme, through optotriace from the series MOC (see their operation in issue 9/2004).

The application is recommended in domestic or industrial orders if we take into account the main advantages of static contactors over electromagnetic ones: lack of mobile mechanical components, very short switching times, small size, small control power, high reliability.

The assembly can control two optotriace MOC3063 or MOC3083 by two lines with two wires each. 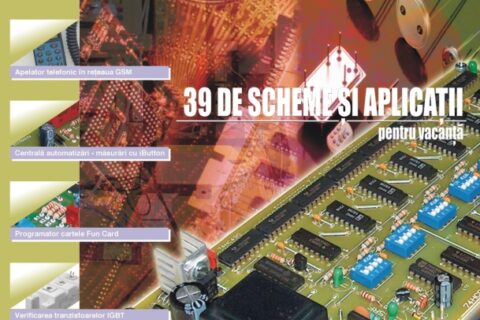 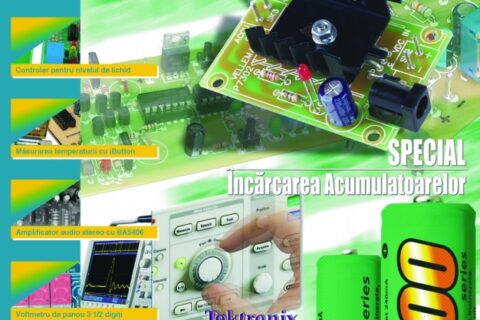 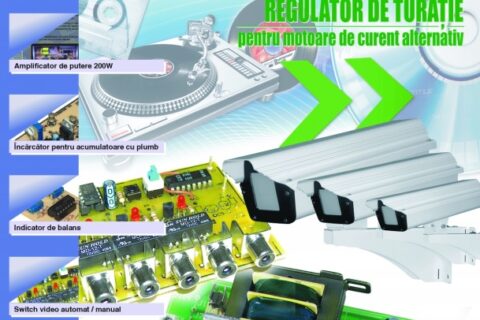