The personal computer HC 88 was designed by Traian Mihu, Eugen Dobrovie and Victor Cososchi, in 1989, at ICE Felix.

This system works both with the BASIC interpreter and under the CP / M operating system, which allowed the HC 88 to become the solution to replace CUB Z computers, in a cheaper and more accessible configuration.

It had a keyboard interface, a encoder for connection to color TV in PAL standard, as well as ports for connecting the monochrome or color monitor.

Support for program and data storage was provided by two 5 1/4 "floppy disk drives and an audio cassette player.

The results were printed on a needle printer. In text mode, it displays 32 or 80 characters per line depending on the program system used.

HC 90 was a "microcomputer for entertainment, scientific and engineering calculations", produced in 1990 at the ICE Felix Bucharest company.

Production continued until 1992. It was the improved version of the HC 85 computer, with the same configuration but more modern integrated.

Personal computer HC 91 has been produced by ICE Felix since 1991 and is a ZX Spetrum clone. It is the successor to the HC85 and HC90 models, all 3 of which are almost identical in configuration.

HC 91 works graphically with a resolution 256 × 192 pixels, 16 colors, and in text mode it works with 24 lines of 32 characters each. HC91 compared to HC90 had the advantage that it could run the CM / M operating system.

Although the design of the motherboard is similar to the previous model, the configuration is completely different. The microprocessor is Zilog Z80 - Z0840004PSC, which works at a speed of 4 Mhz, and the memory is higher, both ROM (64 kB) and RAM (128 kB).

The computers shown can be viewed at Retro IT Museum in Arad. Below, the room with Romanian computers and the collection of processors inside the museum. 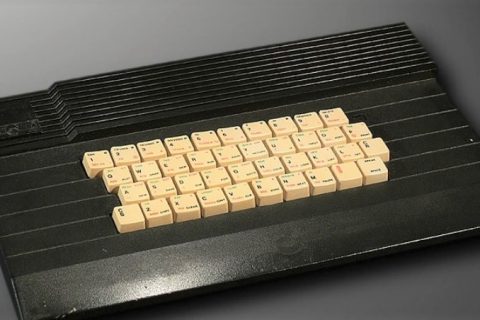