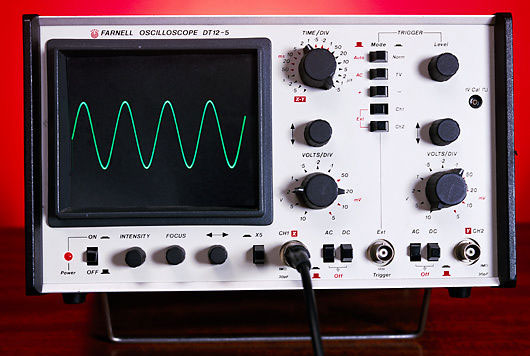 What is alternating current?

In alternating current, voltage and current change their polarity; the direct current maintains the voltage and the current at a polarity, respectively a constant direction in time; Electromechanical generators In alternating current, known as alternators, they are much easier to build than direct current generators. The same is true for electric motors.

As useful and easy to understand as direct current is, it is not the "type" of electricity used in general. Some electrical sources as well rotary electro-mechanical generators, produce voltages whose polarity alternates, in this case reversing the positive and negative poles between them.

Whether we are talking about changing the polarity of a voltage or changing the direction of movement of electrons back and forth, this type of electricity is called alternating current.

Although battery symbol is used to represent any source of direct current, in the case of alternating current, the symbol of an energy source it represents a sinusoidal line in a circle, as in the figure below:

The purpose of alternating current

We can rightly ask ourselves why we would bother with this type of electricity as well. It is true that in some cases, alternating current has no advantage over direct current. In applications where electric current is used only to generate energy in the form of heat (resource, bulb, etc.), the polarity or direction of the current is irrelevant as long as the voltage and current in the circuit are sufficient to dissipate the power required by the elements in circuit. However, with the help of alternating current electric generators can be built, electric motors and electricity distribution systems much superior in terms of efficiency compared to direct current.

If we build a machine that rotates a magnetic field around a set of stationary windings through an axis, we will see the production of alternating current on the windings, as the axis rotates. The principle is based on the law of its electromagnetic induction F. This is also the basic principle of an alternating current generator, also known as an alternator.

We can see that the polarity of the winding voltage is reversed when the opposite pole of the magnet passes around it. Connected to a source, this polarity reversal creates a reverse current (in the opposite direction) through the circuit. The higher the rotation speed of the generator shaft, the faster the magnet rotates; the result is a voltage and an alternating current that changes its directions much more often in the same period of time.

At a direct current generator, iThe winding is mounted on the shaft, where the alternating current generator has a permanent magnet, and the contact between the rotating winding and the external circuit is made with the help of stationary carbon contacts, called brushes, which come in contact with carbon strips on the winding.

All these elements are necessary to change the polarity of the output to the outer circuit, so that it "sees" a constant polarity (DC).

The above generator produces two voltage pulses at each revolution of the shaft, both pulses having the same direction (polarity). In order for a direct current generator to produce a constant voltage and not an intermittent voltage, it must be equipped with multiple sets of windings for contact with the brushes. The diagram above is therefore a simplified one.

The problem that arises in the case of closing and opening the contacts between the rotating windings and the brushes, is the development of excessive heat and sparks, especially at high speeds. If the environment in which the generator operates has flammable or explosive vapors, the problem of using such a generator is even more serious. On the other hand, an alternator does not require brushes and switches for its functioning, and is therefore immune to such problems. The advantages of alternating current compared to direct current are also found in the case of making electric motors.

Another The field of application of direct current is based on an effect of electromagnetism known as mutual induction: two or more windings placed in the vicinity of each other, so that the variable magnetic field created by one winding induces an electric voltage in the other.

This relationship can be represented by a mechanical analogy, using torque and speed to represent voltage and current, respectively.

The ability of transformers to raise or lower voltage is extremely useful in the design of electricity distribution networks. When transporting electricity over long distances, it is much more efficient if it is done at high voltages and low currents (the diameter of the conductors is smaller, therefore the losses are smaller).

Transformer design technology makes possible the existence of distribution systems. Without the ability to raise and lower voltages, distribution systems would be far too expensive to be practical, than perhaps only a short distance of a few kilometers.

This article is part of the Romanian version of the volume "Alternating Current", the second in the series of works "Lessons in Electric Circuits" written by Tony R. Kuphaldt.